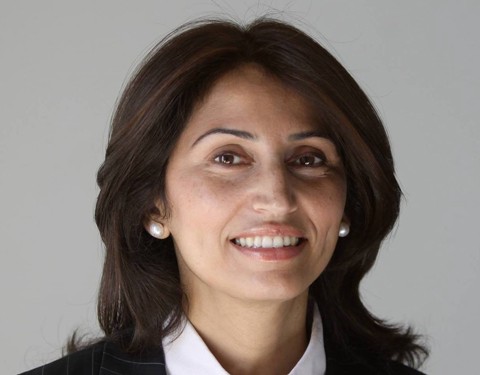 Diana, you were born in Canada. What identity did you grow up with?

As the daughter of immigrant parents, I knew - and was made acutely aware - that I was not white; that I was from a different place, but that I was born in Canada. In Canada, there is a lot of veiled racism with people often asking questions to such as “where is ‘back home’?” or “where are you REALLY from?” It becomes both difficult and easy to adopt a “Canadian” identity: easy because it becomes the way of trying to fit in but difficult because you never do. As I say this, however, I think it is important to highlight that, during my education in Canada, Indigenous peoples were rarely, if ever, discussed. Canada was created on top of Indigenous land. Indigenous peoples’ place in the national narrative of the “birth” of Canada has been minimized and viewed as peripheral to the dominant culture’s stories and identity.

What values were instilled in you during your formative years and who were your role models?

My role models then are the same as they are today: my parents. My parents made certain that I understood the evils of oppression; that I stand up against racism and that I support organized labour, supporting communities and helping whenever possible.

My parents - both blue collar workers - left apartheid Israel for Canada in the late 1960s. My father was 9 when he became a victim of the Nakba and my mother was a year old. When I think back to their childhoods - filled with fear, war, discrimination, institutionalized racism and poverty - I am in awe of their compassion, generosity and resilience.

The first intifada was a turning point in my life, particularly after seeing Israel’s brutal response to Palestinians demanding their freedom and witnessing TV segments showing soldiers breaking bones of Palestinians throwing stones.

How did you find yourself joining the legal team for the Negotiating Affairs Department of the PLO?

In 1999, I was contacted by a friend who had just joined the Negotiations Affairs Department. He invited me to apply for a job but I decided against it. By this point, I had read Edward Said’s scathing dissection of the Oslo Accords and  thought that negotiations were futile. When Camp David began however, and I found myself in Palestine, I spoke with a number of people who both agreed with Said’s assessment but who also spoke of the need to contribute to Palestine and offer advice to negotiators. I’m not sure why I was convinced - but I was.

As I think back to that experience now, it was filled in a constant stream of Israeli racism, sexism and arrogance. I can relate a number of personal stories where I witnessed the arrogance of power, the condescending nature of the international community and some who were working for NGOs, and the sheer racism of Israeli politicians.

When did you decide that the Oslo Accords would not bring justice to the Palestinians?

Early on, actually. My late 2000, I was convinced that the Israelis wanted to buy time to build settlements and that the Palestinian leadership had shackled itself. My attention turned to focusing away from negotiations to trying to work with media and activists to get an alternative voice out.

You now refer to the need for there to be a one-state solution. How does that play out with governments and the EU who call for two-states?

It doesn’t - and I don’t really care. For decades the EU and others have spent billions of dollars financing Israel’s occupation. They can try to convince themselves that they are building a “Palestinian State” but in reality, they know that all that they have done is finance occupation. The EU speaks of wanting “two-states” but not only has done nothing to achieve it, but has actively blocked measures to hold Israel accountable and to push for “two states”. They are decades behind in their thinking and approach.

What is it about the work of the One Democratic State Campaign (ODSC) that appeals to you? What makes it unique to other initiatives that call for one state?

The ODSC focuses on de-colonization and the right of return - elements that are not present in other initiatives. It rests on six requirements:

International campaigners involved in justice for Palestinians say that it is not their responsibility to decide what the solution should be for Palestine/Israel. As a Palestinian, can you advise them? Where should internationals put their energy?

I believe that people should put their energy in holding Israel accountable by supporting the BDS movement and launching other initiatives to make Israel pay for its ongoing settler colonialism. The attempts to coddle Israel and its supporters must come to an end. Just as we would think it unfathomable to dialogue with the KKK, or to accommodate the KKK, so too we must stop coddling Israeli settler-colonialism.

At present much of the world is in despair because of the coronavirus pandemic which has brought fear and uncertainty to most of our lives. We have the climate crisis, the economic collapse and some of the worst governments in power currently in history. Is there anything that gives you hope?

People. This period has once again shown me the resilience and love that people have, particularly Palestinians. Since the start of the quarantine, I’ve seen people come together here in Palestine to make sure everyone is safe and protected, sane and healthy. It has been heart lifting to watch. I can only hope that when this is over that we will re-assess where we are in the this world - whether we can do with less; harm the climate less; I hope that we will recognize the importance of organized labour and, the importance of health as a human right.