We work to achieve our vision within the UK by:

ICAHD UK supports the work of the Israeli Committee Against House Demolitions (ICAHD). ICAHD UK raises money for and promotes this work, and lobbies at every level of government in the UK., the EU and at the UN. The objective of our organisation is to help achieve a just and sustainable peace between Israelis and Palestinians.

Please view the history of ICAHD UK for further information. 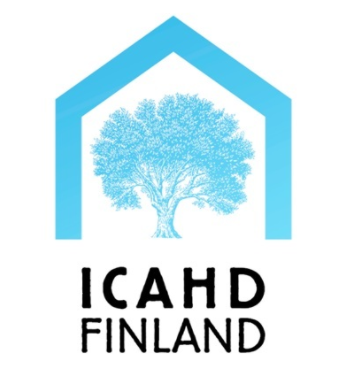 ICAHD Finland is a human rights organisation focusing on ending Israeli occupation and apartheid in a manner that is consistent with international law and that guarantees the rights of everyone living in Israel/Palestine. ICAHD Finland does not take sides in party politics.

ICAHD is an acronym for Israeli Committee Against House Demolitions. ICAHD Finland was founded in 2009 as the Finnish branch of the Israeli organisation. ICAHD Finland is autonomous, and takes part in formulating common ICAHD positions together with the other branches.

We write about the Israel/Palestine conflict, publish our own research, articles and videos and keep contact with media and politicians. We also bring Israeli, Palestinian and international figures to speak in Finland. We take part in the ICAHD annual camps for rebuilding homes demolished by the occupation forces, and meet local activists.

ICAHD Finland is a member of the European Coordination Committee for Palestine(ECCP).

ICAHD’s founding member Jeff Halper was nominated for the Nobel peace prize in 2006, along with Ghassan Andoni, a founding member of the International Solidarity Movement. ICAHD has international branches in Finland, Germany, Great Britain and the United States. 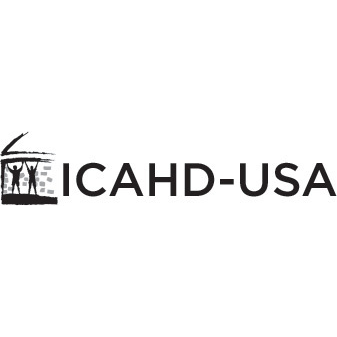 ICAHD-USA was incorporated as an independent non-profit in 2004, and founded by a diverse group of U.S. activists working to bring about a just and sustainable peace in Israel/Palestine while advocating for an end to the Israeli Occupation of Palestine. ICAHD-USA is committed to advancing a just peace between Israelis and Palestinians based on coexistence and respect for the human rights of both peoples. We believe that the needs for self-determination of both Israelis and Palestinians must be addressed and that a political solution must provide all peoples of the region with security, dignity, freedom and economic opportunity. We affirm that a lasting peace is only possible by ending Israel’s Occupation and control of the West Bank, Gaza, and East Jerusalem. We oppose all forms of violence.ICAHD-USA’s Educational Activities include 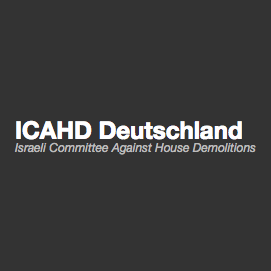 ICAHD Germany was founded in June 2013 as the German section of ICAHD, the Israeli Organization. Because of Germany’s past, it is difficult to publish information that is critical of Israel’s policy and its Human Rights violations in Palestine and Israel. Thus the  main objectives of our organisation are: