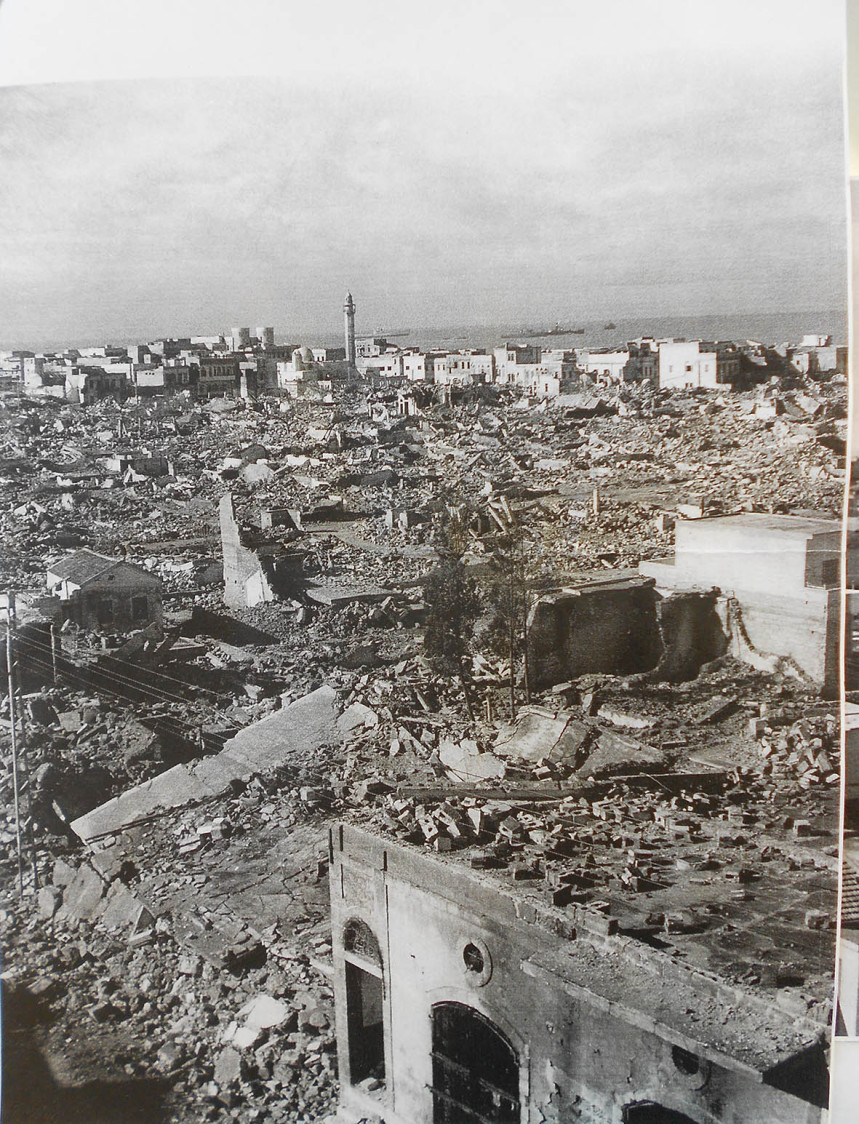 An American rebuilding camp participant describes our visit to Tel Aviv/Jaffa when we were given a tour by Zochrot, an Israeli organsation that seeks to educate Israeli society about the Nakba. George writes:

The most depressing thing for me was to see everybody enjoying the popular Jerusalem Beach spot in Tel Aviv, and all along the coast from Tel Aviv’s high-rise hotels to the Jaffa port. These people were enjoying themselves on top of the rubble of Palestinian neighbourhoods, familyhomes and treasures, the remaining stones of which have since been used to create a scenic walk along the beach front. Seeing them made it extremely difficult for me to enjoy myself in those circumstances. Instead of spending my few hours’ free time on the beach I chose to spend it in the Jaffa’s old city where I enjoyed the culture.

Earlier in the week we visited Ramallah, where many of the Palestinian families relocated to from Jaffa when they were driven out of their homes in 1948 – 1949, and while there it was particularly insightful to recall their anguished faces explaining that they used to live in Jaffa and enjoy the sea, and that now they can’t access their ancient homes nor even put a toe in the water.

The walk we took into Jaffa once again emphasized the complexity of the ‘Nakba’ because many of the Palestinians in Jaffa were driven out before Israel was even created. Our Zochrot guide explained that radical Jewish Zionists chose to attack the Al Manshiyyah neighbourhood (the former Palestinian name that was home to 13,000 people, that has now become Tel Aviv) to create a buffer zone around Tel Aviv before they marched towards Jaffa.

This tragedy tells of one group of people choosing to displace another group whom they felt were unworthy or inferior in search of their paradise on earth. The injustice of the actions of the Zionists and later the state of Israel to deliberately ethnically cleanse the Jaffa neighbourhoods is an ongoing tragedy and it is hard to imagine peace given Israel’s intransigence and unwillingness to seek justice for both Palestinians and Israelis.

The pictures show the village of Al Manshiyyah pre-1948, and then in 1949 following bombing as part of the Nakba that razed the area to the ground. In total 100,000 residents of Jaffa were displaced, 97% of the population at the time. The 3000 Palestinians who remained in Jaffa became workers, especially at the port.
– George, USA