Bernard Spiegal On 24 May the Israeli High Court confirmed that the mass demolition and transfer of the Palestinian Bedouin community of Khan Al Ahmar can proceed.  This Bedouin village is located on the outskirts of East Jerusalem in the occupied West Bank.  From Israel’s perspective, it represents an impediment to the state’s intention to… END_OF_DOCUMENT_TOKEN_TO_BE_REPLACED 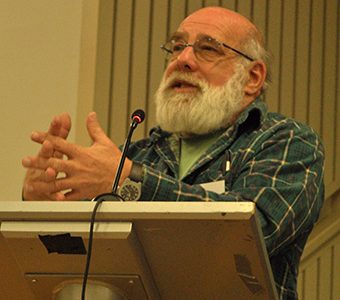 Following his successful run of talks in March in Scotland and northern England Jeff Halper is back for a second 2018 tour, covering central and southern England. Jeff will speak in Canterbury, Cheltenham, Bristol, Bradford-on-Avon, Bath and Hastings. His tour kicked off at ICAHD UK’s 2018 Conference on Saturday 19 May in London. Jeff presented a new… END_OF_DOCUMENT_TOKEN_TO_BE_REPLACED

The confluence of two major political events today in Palestine/Israel — the inaugurating of the American Embassy in Jerusalem with the participation of Trump’s Cabinet, members of Congress and Jared & Ivanka Kushner, together with the killing of protesters in Gaza (37 dead and hundreds wounded just in the last few hours) — demonstrate dramatically… END_OF_DOCUMENT_TOKEN_TO_BE_REPLACED

This month, 30 structures were demolished in the occupied Palestinian Territories (including East Jerusalem) displacing 13 people- including five children- and affecting a staggering 527 people, including 326 children. Inside Israel, two structures were demolished in the town of Abu Ghosh, near Jerusalem, and in the Naqab desert the entire village of Al Araqib was… END_OF_DOCUMENT_TOKEN_TO_BE_REPLACED

Two study tours, grounded in ICAHD analysis, were facilitated in March with participants joining from the UK and the US. Later when asked what was most memorable about tour, R Jaber who was in the second group responded:  This is difficult to answer because so much of the tour was memorable! I think being on… END_OF_DOCUMENT_TOKEN_TO_BE_REPLACED

Amnesty International reported on 27 April that since protests in Gaza began on 30 March he Israeli military has killed 35 Palestinians. Over 5,500 people have been injured with more than 1,700 of injuries caused by live ammunition. The shameless shooting at protesters, who pose no danger to the soldiers, including many children and many… END_OF_DOCUMENT_TOKEN_TO_BE_REPLACED

After years of harrassment by the authorities and endless demolition orders, after the village’s resident, math teacher Ya’akub Abu Al-Qi’an was killed by the police and falsly accumed by goverment minister of being “a terrorist” – Bedouin village Umm al-Hiran finally  yielded. Threatened with Israeli demolition and forced displacement, the inhabitants signed an agreement with Israeli… END_OF_DOCUMENT_TOKEN_TO_BE_REPLACED

ICAHD UK IS delighted to introduce two fantastic newcomers to our confernce line up: Beduin rights activist Khalkil Alamour and comedian Sameena Zehra. We can’t wait to introduce those two engaging, articulate and fascinating participants to our supporters and confernce goers.  Khalil Alamour, a teacher, a lawyer co-director of the Alhuquq Center and a relentless… END_OF_DOCUMENT_TOKEN_TO_BE_REPLACED

Following his successful run of talks in March in Scotland and northern England Jeff Halper is back for a second 2018 tour, covering central and southern England. Jeff will speak in Canterbury, Cheltenham, Bristol, Bradford-on-Avon, Bath and Hastings. He will also be a main speaker at ICAHD UK’s 2018 Conference on 19 May in London.   Dates:… END_OF_DOCUMENT_TOKEN_TO_BE_REPLACED