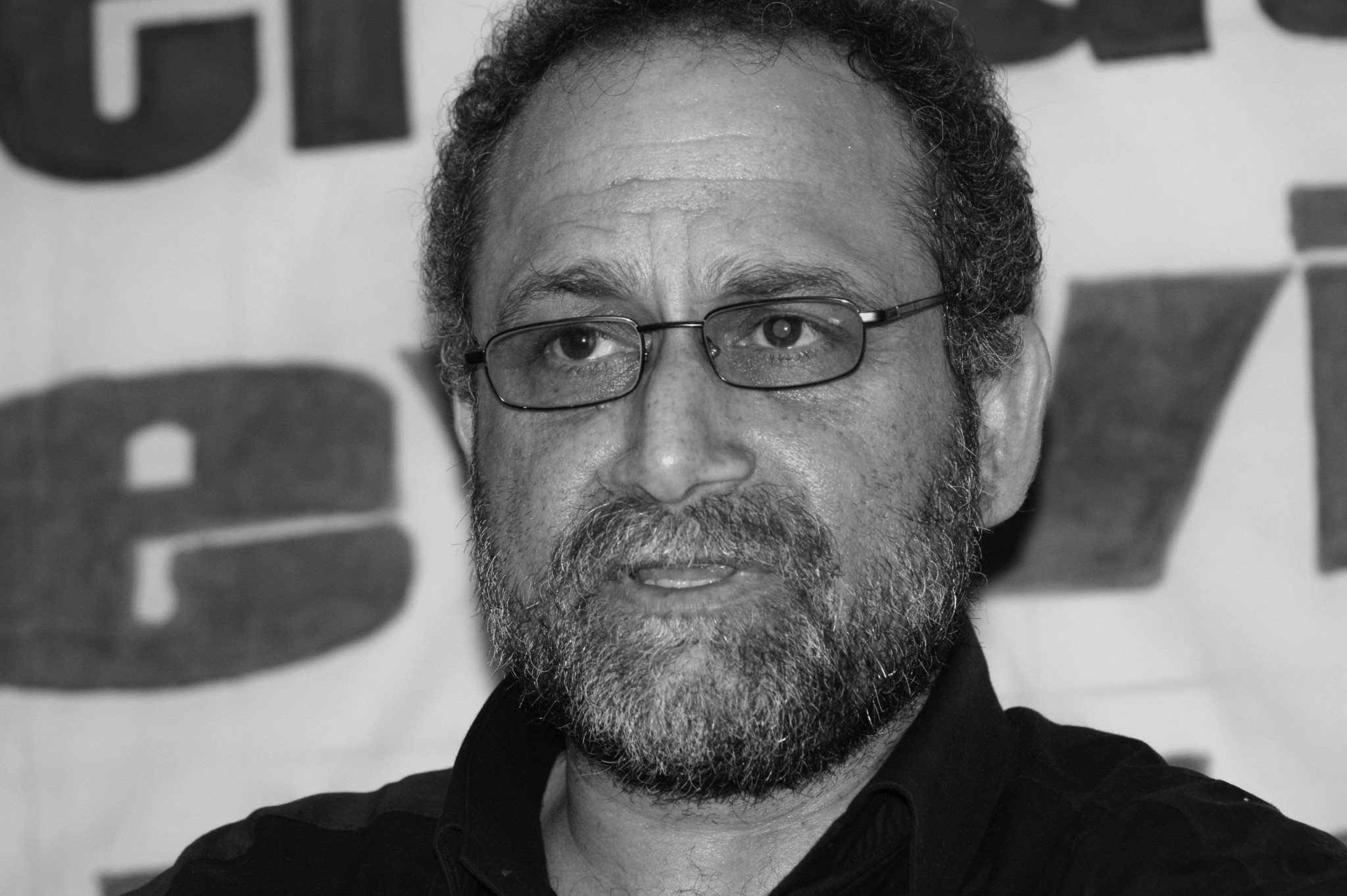 Haidar, you reside in Gaza where two-thirds of the population residing there are from refugee families, is this also the case for you?

Yes, my parents are from the village of Zarnouqa, in the Ramla district, which was ethnically cleansed by Zionist gangs in 1948. I was born in a refugee camp in Gaza and then lived in Gaza City where I grew up. My father worked for UNRWA and my mother was at home. My parents died in 2005 but all of their lives they dreamed of returning to their village.

While growing up, were you ever able to leave Gaza to experience life in other countries?

Of course, it has always been difficult to travel, even before 1993 the year of the signing of the Oslo Accords, Israel controlled the Rafah Crossing and one had to apply for a permit to travel. Many young people travelled abroad to study and even work.

I’ve been able to travel to many countries. I gained my first and second degrees from Eastern Mediterranean University in Cyprus, and my PhD from the University if Johannesburg, South Africa, where I stayed for about 6 years. I was fortunate because I had the support of my father and I also managed to get scholarships from my own universities due to my performance.

I want to add that I learned a lot about the anti-apartheid struggle and the sacrifices of the black majority while staying in South Africa. I arrived there in 1997, three years after the collapse of the racist regime. The similarities between the two apartheid regimes (SA and Israel) were so obvious to me that I felt at home while staying in Joburg.

Did you always aspire to be an academic in Gaza, educating and inspiring the next generations?

Yes, that was my goal all along. This is one of the reasons as to why I chose to do my MA degree in Post-Colonial Studies where I studied the works of the likes of Ghassan Kanafani, Edward Said, Aime Cezire, Frantz Fanon, Ngugi Wa Thiongo—amongst other anti-colonial thinkers and writers. This has helped me contextualize what I am teaching here in Palestine as Associate Professor of Postcolonial and Postmodern Literature at Gaza’s Al-Aqsa University. My classes encompass Resistance Literature so I include Ghassan Kanfani’s novels and short stories, Edward Said’s and Fanon’s theories, V.S Naipaul’s racist works, NJabulu Ndebele’s short stories, Nawas Saddawi’s feminist works, Ahdaf Soueif’s narratives of Egyptian women, Alice Walker’s wonderful stories of African Americans, Anton Chekhov’s brilliant short stories. But also, postmodern and modern works from James Joyce to Don Delillo.

Several years ago, the UN’s Office for the Coordination of Humanitarian Affairs said that by 2020, Gaza would be uninhabitable following three Israeli bombardments on Gaza and the ongoing siege confining you to an open-air prison. In protest, in March 2018, Palestinians from Gaza united for the weekly Great March of Return Friday demonstrations at the border. Of course, with Covid-19 that had to stop but looking back, did the Great March of Return achieve anything?

First, the GMR was not only in response to Israel’s medieval blockade of the strip. Let me start by stating that the conclusion Gazans have reached is that Israel is intent on destroying Gaza because world official bodies and leaders choose to say and do absolutely nothing. And as if 13 years of blockade, interrupted by three genocidal wars, is not enough! Never before has a population been denied the basic requirements for survival as a deliberate policy of colonization, occupation, and apartheid. But this is what Israel is doing to us, the people of Gaza, today: two million people live without a secure supply of water, food, electricity, medicines, with almost half of them being children under the age of 15. We, the victims of a multi-tiered system of oppression, occupation, colonization, and apartheid, are fighting on behalf of the international community for the rule of law. Namely, we are fighting for the implementation of UN resolution 194, which calls for the right of return to the towns and villages from which we were ethnically cleansed in 1948. This is why we joined the GMR which aimed to implement UN resolution 194 in addition to the lifting of the deadly siege. Did it achieve anything? Yes, it brought back the right of return to the attention of the international community after decades of reducing the Palestinian people to only those residing in the West Bank and The Gaza Strip. It is part and parcel of the strategy of popular resistance that we have long time endorsed in addition to BDS.

Did you ever believe that the Oslo Accords would deliver a truly independent Palestinian state on 22% of historic Palestine?

NEVER! Right from day one I thought it was a form of surrender and that it gave apartheid Israel everything, while offering absolutely nothing to us except an improvement on the conditions of our oppression. It never addressed the Palestinian cause as we know it, namely right of return, let alone equality for those treated as second-class citizens in Israel itself. It also failed to address the issue of colonies scattered in West Bank, and Gaza at the time. We know now that Israel was only buying time. The slogan we used to chant while protesting was “no justice, no peace” and Oslo failed to deliver either. It was also signed with the illusion that it would lead to an independent Palestinian state on the 1967 borders, which was an illusion that kept slipping away what with apartheid Israel creating facts  on the ground that have made that “State”/Bantustan impossible. In other words, Israel was just buying time, and we helped it do that.

So, you never abandoned your vision for the liberation of all of historic Palestine. What is to be done now by the Palestinians who are waking up to the reality that Israel has no intention of ever creating an independent Palestinian state?

Palestinians must make it absolutely clear that they will never abandon their basic rights under international law, namely, freedom from occupation (1967), return of refugees to their towns and villages and equality for second-class Palestinian citizens of Israel. But that is not a political solution, but rather a rights-based approach. Hence, my belief in a secular, democratic state, after the return of refugees, where ALL citizens are equal before the law regardless of their ethnic, religious, or national identity. This is a solution ala South Africa. In fact, we need to decolonize Palestine as a necessary step towards reaching this solution. Israel has created a de facto apartheid state between the Jordan River and the Mediterranean.  The two-state solution addresses the rights of only one third of the Palestinian people, residents of the West Bank and the Gaza Strip, leaving the seven million refugees and the 1.6 million Palestinian citizens of Israel on their own, as if they are not Palestinians!

We need to transform our struggle so that it can deal with this reality and change our discourse from that of “independence” to “liberation”.

Today governments, and including the EU, continue to call for a Palestinian state to be established. What do you want us to say to our political representatives and to all those campaigning for freedom and justice for Palestinians?

Actually, I want to reiterate what we have been saying since 2005. We, the natives of Palestine, have decided to send a clear message: enough is enough. For that we are paying a very heaving price: our children are being butchered on camera in broad day light. The only window of hope we have is the BDS (boycott, divestment, and sanctions) campaign that targets Israel in protest of its apartheid laws towards Palestinians. We call on you to promote a culture of boycott of Israel similar to the one you led against the inhumane apartheid system in South Africa. You never entertained only half solutions when it came to apartheid; it was very clear: one person, one vote. You never recognized any of the infamous Bantustans of South Africa. Similarly, we need your support for freedom, justice, and equality in Palestine. That cannot be achieved through racist solutions based on national, religious, and ethnic separation, but rather through INCLUSIVE solutions a la South Africa.