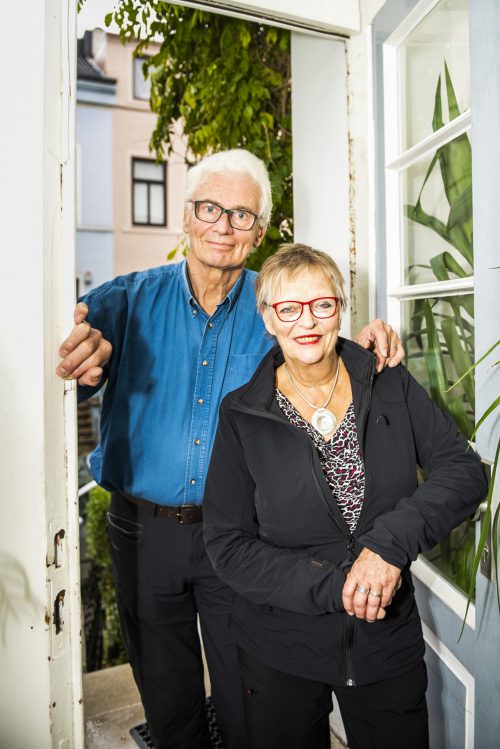 In Germany there are many local groups that work for a just peace in Palestine/Israel, most major cities have a group or two. On a national level there are a few committees of national organisations that speak up about Palestine/Israel, like Pax Christi (a Catholic organisation) or IPPNW, and there is a German-Palestinian Society and an Association of Palestinian Communities, the Jewish Voice for Peace (mainly in Berlin) and the Alliance for Justice between Israelis and Palestinians, and there is BDS (Boycott, Divestments, Sanctions) Germany.

This means that there is no central group or office and that most activities are organized locally. The only coordination is made possible by the "German Coordination Circle Palestine-Israel“ (KoPI) that has 30 member groups (all those mentioned above except BDS Germany) including ICAHD. It has five representatives from different organisations and I was elected to be one of them in my capacity as speaker for ICAHD Germany. KoPI provides  an open mailing list for members that is the most important means of exchange on the topic in Germany. KoPI also organizes conferences on a national level. There are two KoPI members that also organise conferences for all of Germany: the German-Palestinian Society and the Alliance for Justice between Israelis and Palestinians, the latter has invited Jeff Halper to their September conference.

ICAHD Germany is not a membership organisation but consists of a website (www.icahd.de) and a mailing list that includes other groups and people all over Germany. The website provides ICAHD information in German and advertises the study tours and rebuilding camps. We also translate Amos Gvirtz’s articles “Don’t say we didn’t know“ on a regular basis.

Of course, we organised speaker’s tours for Jeff Halper and are visible in many posts on the KoPI open mailing list. Apart from that my wife, Doris Flack, and I are active in organising events and taking part in the weekly vigil for a just peace in our hometown Bremen.

Having the burden of the Holocaust on their shoulders Germans still feel guilty and try to compensate by fully supporting Israel on all matters. This philosemitism is a sign of not having really come to terms with the Holocaust and it impedes normal relations with Jewish citizens. Of course, we (not only Germans) must never forget the Holocaust, but the lesson from it shouldn’t be blind support for Israel but speaking up whenever human rights are violated. Germans, I think, have a special responsibility for Israel but also for the Palestinians, the victims of the victims, “Hitler’s last victims,“ someone said.

So whenever Israel is criticised, pro-Israel groups scream “antisemitism“ and if a politician doesn’t want to ruin his/her career,  (s)he better not question that. That is probably similar all over the world but in Germany the antisemitism charge falls on more fertile ground than anywhere else, I think, so numerous rooms have been denied for talks and discussions and speakers banned – there is a long list of those bans and interceptions that is being continued monthly. Several city councils, state parliaments and also our national parliament, the Bundestag, have passed resolutions against antisemitism that include “Israel-related antisemitism“ and BDS as one form of it. Which is more (and unique worldwide), the German government has created the position of an antisemitism commissioner and 13 of the 16 German states have followed suit. Since these commissioners work closely with the Jewish communities which are close allies of Israel, they take over most of their arguments, i.e. that most criticism of Israel and especially BDS is antisemitic.

That is why we have little impact in parliament(s) and except for very few people of the party Die Linke (the left) which has a committee on Israel-Palestine there is no politician in any of the political parties in Germany that would dare a real criticism of Israel openly. You know that once they retire and have less to lose they may be more open, as can be seen by the statement of 50 former European top politicians who criticised the Trump plan and stated that they saw signs of apartheid, among them former German foreign minister Gabriel.

Contrary to the political establishment the German public has a much more critical view of Israel and its violation of human rights. The question is: how can we translate this into pressure on politicians? There is the strong pro-Israel lobby consisting of the Israeli embassy, the Central Council of Jews in Germany, the German-Jewish Society, and, of course, numerous people, often journalists, sometimes funded by the Israeli government which spends millions on fighting criticism of Israel. But that is probably the same all over the world.

It’s just an uphill battle against all odds but what other way is there if you want to stand up for human rights in Israel and Palestine?