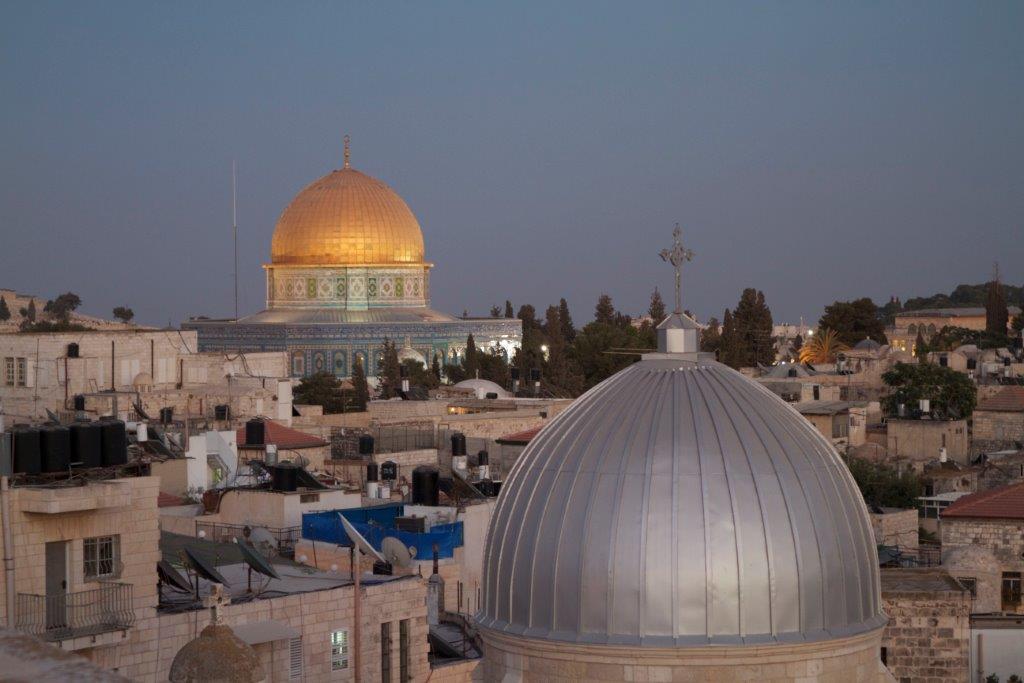 For the past several weeks the news from Palestine/Israel has been dominated by sound and fury, especially protests around the status of the Haram esh-Sharif/Temple Mount and its al-Aqsa mosque, that have spread violently to the West Bank and beyond. But we need to constantly focus on the steady process of Israel’s tightening its “facts on the ground,” a slow, bureaucratic and construction process that such dramatically violent events help conceal. While the Israeli government did not manufacture the crisis, it knows very well how to manipulate it so that it contributes to the virtually-completed process of judaising the entire country and instituting a regime of permanent apartheid.

The strategy — more flexible, incremental and politically effective than an actual plan — has two major elements. First, creating such a degree of enmity between Israelis and Palestinians that a just settlement becomes impossible. For decades, Israeli and Arab governments (including the Palestinians) have been careful to define the “conflict” as a political one, not to let it become a theological or civilizational conflict that would render it irresolvable. Netanyahu consciously adopted a strategy that does make it irresolvable, and in that guarantees both Israeli domination and the ability to blame the Palestinians for “the violence.” Netanyahu has done this by creating or exploiting conflicts over the al-Aqsa mosque, knowing that once the conflict becomes theological, pitting Jews (and Christians) against Muslims, it becomes irresolvable — as is evident this week, when he made no effort to resolve the issue.

Netanyahu has also targeted Palestinian children: 32 were killed in 2016, many as a result of shoot to kill” orders even against children and youth who do not constitute an immediate threat, and dozens more have been wounded; 700 minors have been tried in military courts with no effective legal defense, more than 400 are incarcerated and have suffered physical and mental abuse, 104 of them being between the ages of 12-15; last year the Israeli parliament passed a law enabling Israeli authorities “to imprison a minor convicted of serious crimes such as murder, attempted murder or manslaughter even if he or she is under the age of 14”; thousands of kids have been displaced as families are targeted with the demolition of their homes; and more (see Defense for Children International-Palestine and Save the Children). For all these years Palestinians “understood’ that in a political conflict they will suffer. But go after people’s kids, and the “politics” turns into bitter hatred — precisely what Netanyahu wants.

All this, of course, is effectively framed as “security” against an inherently violent population of terrorists, and the manipulation — hasbara or PR — works. The “conflict” is turned on its head. Instead of Palestinians resisting an Occupation of 50 years and their collective imprisonment, Israel comes out the victim and object of international concern and support. And all the while, Israel is tightening the noose of apartheid, changing the facts on the ground. Thus, yesterday, the Knesset approved a bill that would formally and “legally” bring apartheid to Jerusalem. Huge Palestinian neighborhoods have gone up on the other side of the Wall (though still in Jerusalem), where Israel has allowed illegal building to take place in order to lure hundreds of thousands of Jerusalem residents there — especially given the housing shortage on the Israeli side of the Wall due to house demolitions and an Israeli-posed freeze on Arab building for the past 50 years. Now that they are settled, Israel plans to cut these neighborhoods off from Jerusalem “proper,” restoring the 70% demographic domination of Jews over Palestinians in the city that it has always tried to maintain and largely neutralising the future possibility of Palestinians playing a major role in urban affairs. The 140,000 or so Palestinians cut off from Jerusalem will not join the Palestinian Authority, however, but become a kind of bantustan under Israeli rule. They will live in a No-Man’s Land, not in Jerusalem (and, presumably, without its services) but not in the PA.