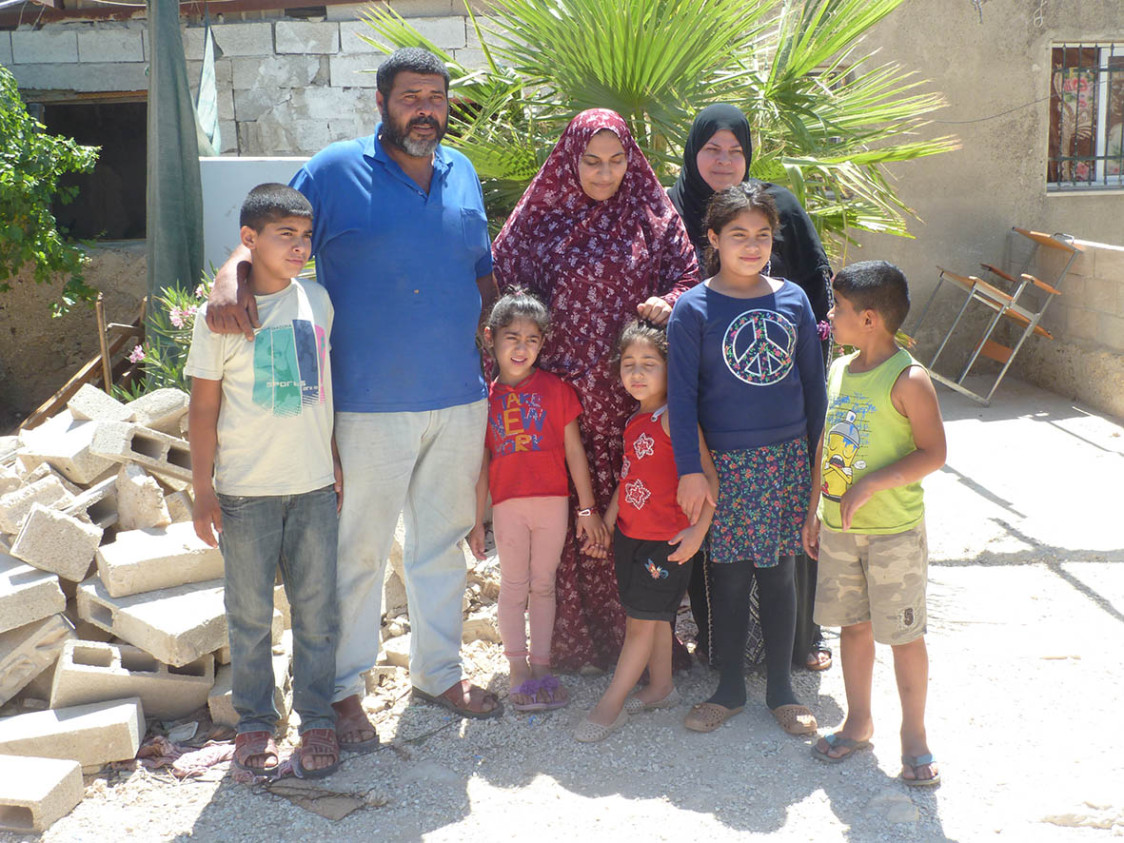 We started this fortnight’s rebuilding camp by seeing pictures of Salim & Arabiya’s very first house demolition in 1998 whilst we were sitting in the remains of their current house at Beit Arabiya. This was painful to hear the story of how their home was first destroyed as the family looked on, being dragged out of the house, which resulted in family members being traumatised and tormented by the experience. Salim & Arabiya had applied for a building permit for their home three times – paying more than $15,000 USD, yet each time it was rejected on a separate arbitrary basis, for example the slope of his land (in the rocky Judean desert) was deemed “too steep”.

Their home has since been demolished another 5 times, and now the ruins stand as documentation of this harrowing process. A home demolition is not a scenario you can easily imagine for those of us living in the West. Having this personal experience related to you, and seeing the proof of ruined buildings left lying all around the West Bank is much harder to ignore.

18 international volunteers have gathered this July to stand in solidarity with Palestinian families to respect their human rights under International Law, and protest against this torturous and illegal policy. We are rebuilding a family home in the West Bank over a two-week period, and learning more about the current situation in Palestine via political and educational tours and presentations.

So who are we rebuilding for?

As is usual for Palestinian communities where family relationships are so important – when father Hajaj’s sister in law lost her husband, he welcomed her into his one-room family home creating an extended family of 14 in the town of Anata, east of Jerusalem. That was all that was available to Hajaj because his original home was demolished by the Israeli authorities for lack of a building permit (which is rarely given by the Israeli authorities even on land that has been in the family for generations). Hajaj and his extended family found themselves sharing that small space in a very basic property, owned by his father and inhabited by yet more members of the extended family.

Life here is a challenge at the best of times for example there is no full roof structure to protect from the family from the scorching sun because the Israeli authorities won’t allow the work to be done. We were told they are not even able to add a corrugated sheet of roofing, as this will be immediately taken down.

On more than one occasion when the Israeli authorities came to demolish part of the house, the father managed to prevent this by knocking down walls himself. This unusual act of self-demolition has been inflicted upon the family to avoid displacement and homelessness, but is clearly not a situation that can continue.

Hajaj works as a labourer but earns only 50 – 60 shekels per day (the equivalent of approximately £8.50), certainly not enough to support a family. After applying to ICAHD to rebuild a home for his family, a new site was identified in order to protect them and avoid the intrusions from the military base overlooking the current home.

A small team of local builders is working with us on the construction. They are using a mixture of reclaimed materials plus new concrete blocks. There are many tasks shared and divvied out between our mixed skill-set, with this years’ rebuilding group consisting of students, teachers, architects, engineers, a computer programmer, a journalist, an entrepreneur, and a retired priest.