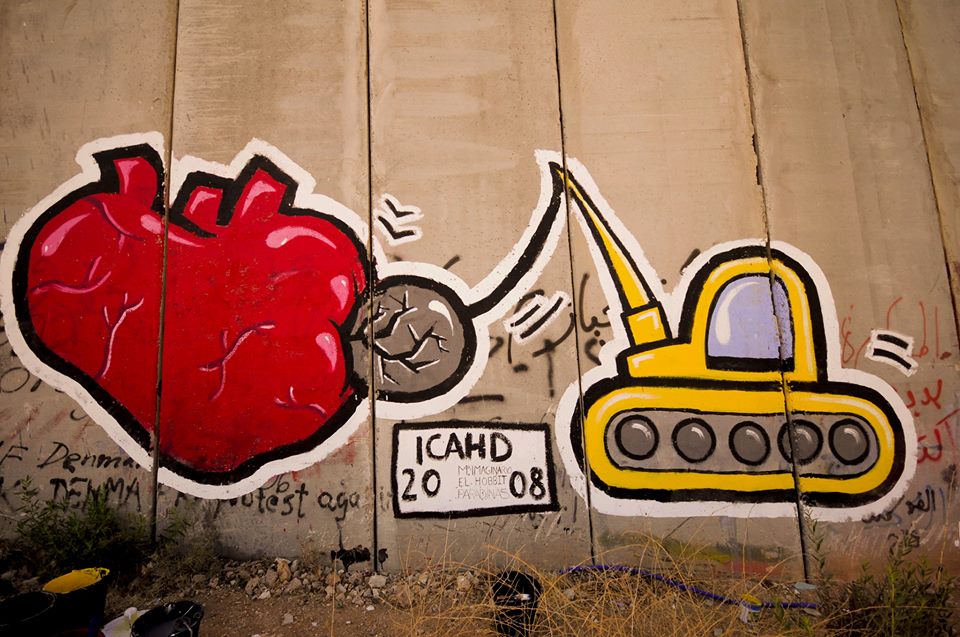 The Israeli Committee Against House Demolitions (ICAHD) has launched its thirteenth

Administration forced them to demolish with their own hands.

surveillance towers watching over them day and night. Also in this area the Israeli

many families fear the imminent arrival of the bulldozer.

house demolitions that is tended to drive Palestinians off their land. More than 46,000

Since its founding, ICAHD has rebuilt 187 homes as political acts of resistance to the

occupation. In addition to this 188th rebuilding, volunteers will also be constructing a much-

and the current threat of displacement of the Bedouin communities.

While we rebuild in Anata, we stand in solidarity with our comrades gathering in support of

the Palestinian community of Susya in the southern West Bank, 40 of whose “illegal” homes

are slated for demolition in the next day or two.

We will be sharing our story in daily blog updates via www.icahduk.org, however for

press contact, interviews, or further information including site visits to the rebuilding

Donations are always welcome. Just press the Paypal button on the ICAHD website.