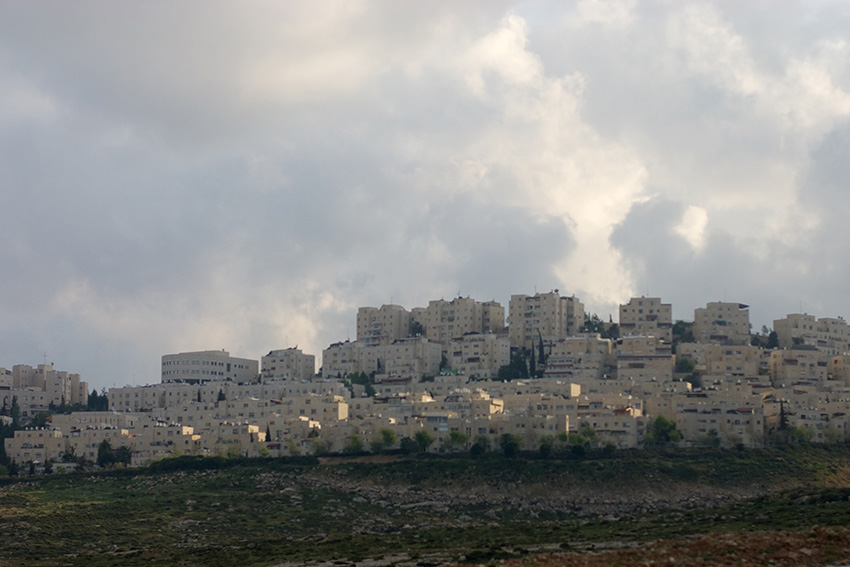 Well, we started last year’s January newsletter on an encouraging note. “Let’s begin with the good news,” I wrote, “2014 will likely mark the beginning of the end of the Israeli Occupation.” I wrote that in the wake of the likely – and finally definite – end of Kerry’s ill-fated attempt to broker yet another round of Israeli-Palestinian negotiations. The subsequent attacks throughout the West Bank following the kidnap and killing of the three settlement youths – Operation Brothers’ Keeper – were but a prelude to the all-out assault on Gaza that saw 2200 Palestinians killed, the majority civilians, and $4 billion in infrastructural damage, including the destruction of 18,000 homes. Hardly an “end to the Occupation.”

If my time-frame may have been a little off, I nevertheless stand by conclusions that were are nearing the beginning of the end. An article I wrote about the attacks focused on the naked and permanent repression to which Israel has finally acknowledged is all the Palestinians can look forward to – not even a pretense of negotiations, but three stark choices: submit, leave or die. This is not a sustainable political position, nor is the Palestinian Authority’s continued willingness to serve as Israel’s policeman. The lack of any political horizon, coupled with the intolerable repression applied to the Palestinian population by both the Israeli and Palestinian authorities, have given rise to a highly unstable situation. And while the Palestinian Authority certainly cannot be blamed for the Occupation and all its sins, it is the prime agency holding this whole ramshackle structure together. Or, to change the metaphor, it is keeping the lid on.

What I thought last year I also think today: that we’re headed for a collapse – and sooner rather than later (though apparently not in 2014). By “collapse” I mean the Palestinian Authority leaving the scene, and there are many scenarios for this. Israel and the US could withhold millions in funds needed for salaries and administration – they have done so in the past, and American law requires Congress to cut $500 million in aid if the PA’s case is actually taken up by the International Criminal Court – all of which would lead to financial collapse. Abbas, who is 80, could reign or pass on, and if he had a successor, that person would be an out-and-out collaborator with no legitimacy to rule, and no elections possible. Israel could unilaterally annex Area C, which would cause the downfall of the PA. And more, such as an Israeli attack on Iran which would destabilize the region. Collapse, however, could be a good thing, in fact the only thing that breaks the logjam we have today and opens up new possibilities for a just peace – like a one-state solution – which simply do not exist today. Collapse would be followed by the chaos of Israel physically reoccupying the Palestinian cities and Gaza while annexing Area C (62% of the West Bank where the settlements are located), but it would create an intolerable situation that would force the hand of the international community.

Given the fundamental unsustainability of Israel’s Occupation, if even for the fact that is can never be normalized or accepted by the Palestinians or international civil society, the scenario of collapse giving birth to new political possibilities seems almost likely. As a political organization endeavoring to achieve a just peace, we find it unacceptable to be facing a possible game-changer in the near future without even having formulated a just solution – for if the collapse comes and the progressive forces are not ready, others will impose their own solutions which could be worse than Occupation itself. While the reasons our Palestinian partners cannot come together to formulate and put forth such a solution are manifold and daunting, not doing so is simply a luxury we cannot afford. Only the Palestinians can liberate Palestine, only they can formulate a just and inclusive solution, only they can give leadership and direction to the global movement that supports them. Israeli progressives can provide crucial support and must eventually be part of formulating the way out of the conflict, but we – including ICAHD – cannot advocate for any solution in the absence of our Palestinian partners.

In the meantime such strategizing is not happening. Neither among themselves or together with Israeli partners are Palestinians conducting such strategic discussions. A few activists have floated the beginnings of such a formulation, especially in the form of a one-state solution – Ghada Karmi, Ali Abunimah, the One Democratic State Movement, Leila Farsakh and me, among others – but we are far from having an end-game of our own. We are far from being pro-active actors in this drama.

ICAHD is gently trying to further the discussion, sensitive to and respectful of the fact that the eventual resolution is essentially the Palestinians’ call but nonetheless trying to advance the discussion. On the way to a one-state solution, however, realizing we are not there yet but wanting to pave the way, we are initiating an educational campaign around Israel’s policy of “judaization.”