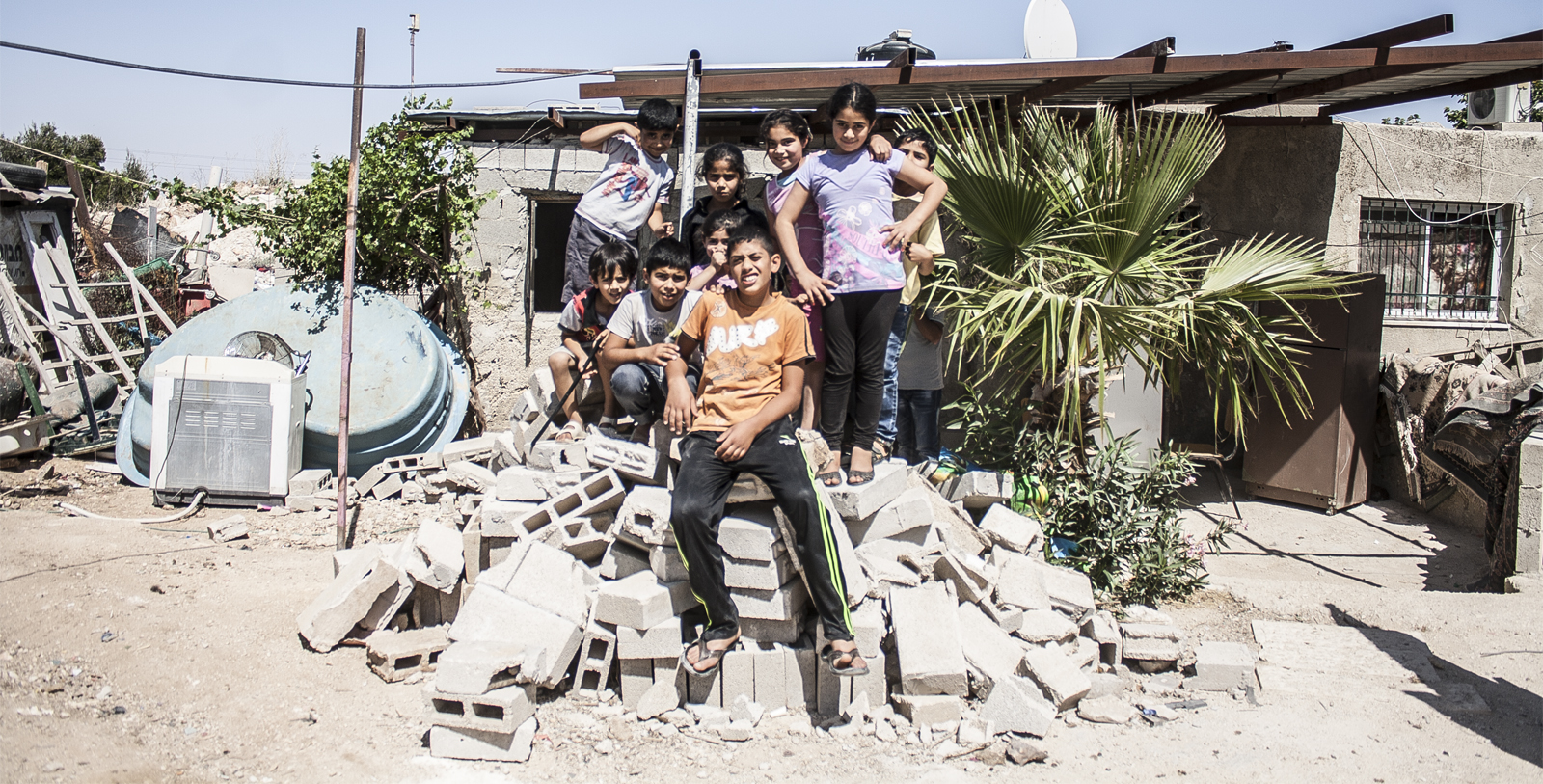 The Israeli Committee Against House Demolitions is committed to completing the construction of the Palestinian home that had been planned for rebuilding during our annual rebuilding camp for internationals, in August 2014. Just before the camp was to commence, it was cancelled because of the unrest in the West Bank during Israelas bombardment of Gaza: we needed to respect the Palestinians who were experiencing a time of national strife, struggle and mourning.

We had laid the foundations for the home of the family in Anata in preparation for the camp, and when the heads of the Israeli, British, American and German ICAHD chapters visited the family later in August, we committed ourselves to completing the rebuilding over the winter with the help of Israeli activists, representatives from NGOs and visiting internationals on assigned days. This will be purely a rebuilding project (without the educational programme we usually offer for volunteers); however, it will be another powerful demonstration of resistance to the Occupation.

Who Will We Re-build For?

The home will be rebuilt for A., M. and their five children (we will reveal their full names when the rebuilding is completed).

The original home was built next to A.as fatheras home in area C (in Anata) which is now behind Israelas separation wall and thus cut off from Jerusalem. Their small home was opened to his sister-in-law and her five children after her husband’s death, becoming a home for ten children.

In 2013 the Israeli Civil Administration (as it calls its military government in the West Bank) issued them a demolition order because, like thousands of other Palestinian families, A. and M. could not obtain a building permit for their home. Unable to pay for a bulldozer to demolish his own home (an option the Israeli court gives Palestinians to save the Israeli Civil Administration effort and expense), A., who lives below the poverty level, was forced to demolish his home piece by piece in front of his children and family.

What can we do? We live behind the [apartheid] wall. The outside world cannot see us. They donat see us struggling, trying to raise our children,

I built this home next to my fatheras house, land that our families have lived on for generations and built on before the occupation. Now they come to us to demolish our homeseand for what?

A. and M., their children and the children of his widowed sister-in-law are now crowded into his father’s small home  along with 15 other people, a home also slated for demolition.

A. is fully aware of the risks of rebuilding _ having the home demolished again, experiencing the trauma and loss, exposing his family to threats and violence if the Civil Administration returns. Salim Shawamreh, ICAHDas Field Coordinator (who himself has had six homes demolished), has made sure he understands well the risks and accepts them. Needless to say, A. dreads having to confront the Israeli army, but he feels he has little choice if he wants at least minimal living conditions for his extended family.

Join us in facilitating the rebuilding of this familyas home over the winter. It will be the 188th home that ICAHD has rebuilt in political resistance to the Occupation; 173 remain standing until this day, although demolition orders are forever and they can be demolished at any time.

During 2014 the Israeli authorities have demolished more than 380 homes and structures in the West Bank, all in violation of international law. ICAHD believes that countries have put their own state interests before calling Israel to account thus failing its responsibility to the common humanity of us all. Please join with Israelis who oppose their government in this political act of resistance to the Occupation by contributing what you can via our IndieGogo Campaign: www.indiegogo.com/projects/icahd-re-building-project-in-the-west-bank

Never has your support been so needed. Thank you.